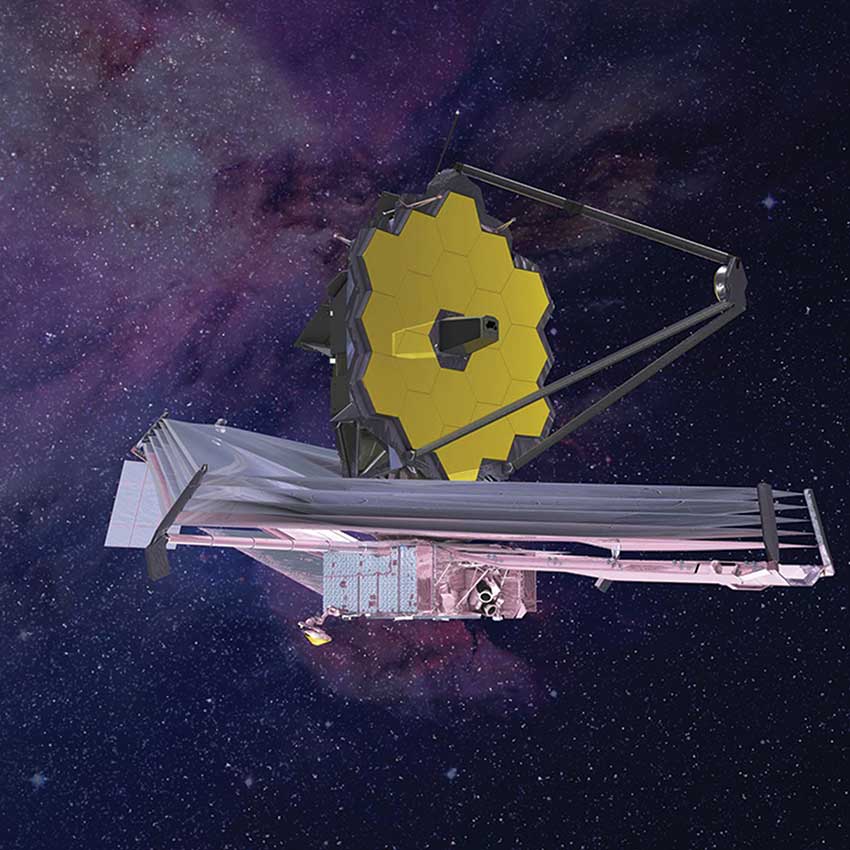 Once launched, this joint project between NASA, ESA and the CSA will be the most powerful space telescope ever built.

Canada contributed the Fine Guidance Sensor and the Near-Infrared Imager and Slitless Spectrograph science instrument, which will help the telescope track moving targets and detect distant objects – a critical contribution that demonstrates the trust placed in Canadian technology. In exchange, Canadian astronomers are guaranteed to have a share of observing time.

The Case for Space (continued)

The socio-economic benefits of space

The economic benefits of space are significant. Canada's space sector contributes $2.3 billion to Canada's gross domestic product, directly employs almost 10,000 Canadians, and is one of the most research and development (R&D) intensive sectors in the Canadian economy. Small- and medium-sized businesses account for over 90 per cent of all Canadian space firms and nearly 30&Nbspper cent of employment.

Economic opportunities in the space sector are set to increase considerably, as the global market is changing rapidly. Disruptive technologies and advancements have changed the economics of building and launching spacecraft – making space more accessible and opening the door to new business activities and new forms of partnerships. Commercial space is now a key growing market. Where governments were once the sole architects of space activities, firms are now taking the lead in launching new space-based systems and services, attracting both public and private funding. This new space environment is creating jobs, enabling economic growth, and leading to socio-economic benefits in sectors as diverse as farming and clean tech. In fact, global demand for space is expected to grow faster than at any time in history; Morgan Stanley forecasts that in the next 20 years, the global space economy will nearly triple in size, from US$350 billion in 2017 to US$1.1 trillion in 2040.

As an illustration, the demand for EO data, science and imagery by Canadian firms and researchers within the space sector and beyond is increasing; a study by Northern Sky Research concluded that between 2017 and 2027, annual demand for EO data and services will rise from just over $3 billion to close to $7 billion.