Winners in the 9–12 age category: Green and Red 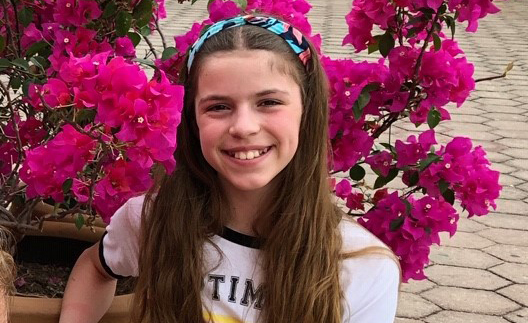 There once lived a Martian named Hugo. He lived with his dad, who was the leader of planet Mars. Hugo's skin was green, like grass, but that's not what made him different from the others… since he was little, Hugo had always wanted to visit Earth. For Hugo, Earth was lovely and green, just like him, while Mars was a hellish place.

The others thought that Hugo was weird. That's why he was often alone, crouching, like he was that day. On that day, Hugo was hiding in his dad's office. There was a computer, a chair and a cabinet with stuff piled up to the ceiling. Quietly, Hugo looked for photos taken on Earth. After a while, Hugo found a photo of two people, dressed up in big white outfits, wearing big helmets. They didn't look like Martians at all! "They must be humans," exclaimed Hugo. "They're more different than I imagined they would be, but they don't look very mean, like my dad said they were."

Suddenly, he jumped! The computer started vibrating! That could only mean one thing: an alert that Earthlings were going to land! "Please prepare quickly for an invasion," said the computer. As soon as he heard that, Hugo rushed down the stairs as fast as he could, so that he wouldn't be the last one to see the new arrivals!

When Hugo reached the bottom of the stairs, he saw a gigantic spaceship in the reddish sky. Finally, the rocket landed. Slowly, the big doors opened, revealing two people, just like in the photo. Immediately, his dad shouted, "ATTACK!" All of a sudden, everyone started throwing pieces of broken asteroids at them. "No! Stop!" yelled Hugo. "How do you know they're mean if we haven't even met them yet?!"

A Martian replied, "He's right! Even though Mars means war, that doesn't mean that Martians have to make war!" Then, one of the astronauts added, "We're not here to invade Mars! We just want to learn more about your planet!" The leader replied, "I see that you have good taste! From now on, humans are welcome here! We won't judge anyone anymore based on what others say!" "Hooray!" cheered everyone together. 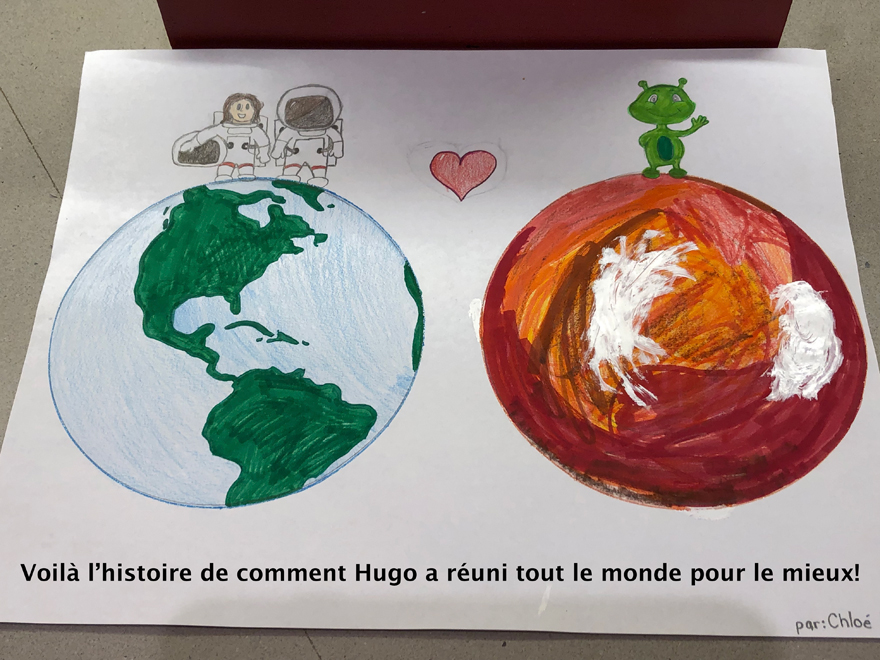