Winners in the 16+ age category: The Lion Heart 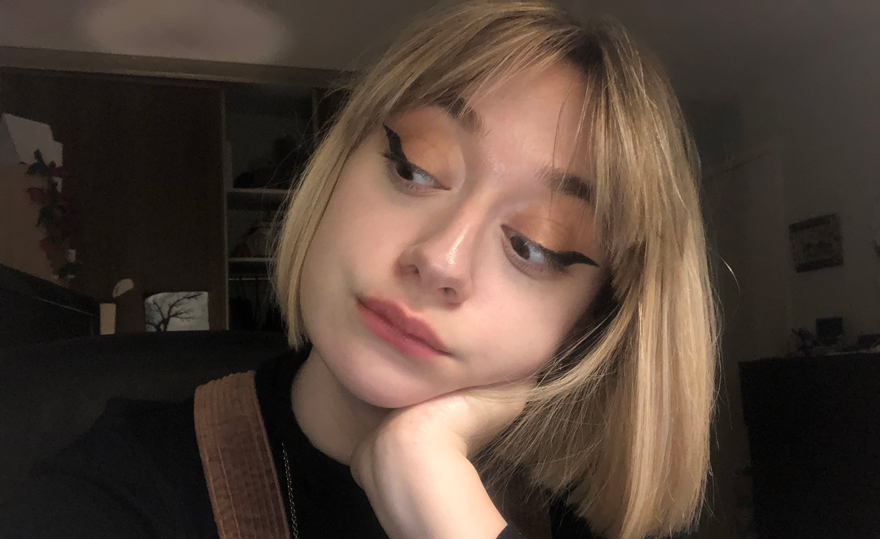 Once, in a galaxy not so far away, sat three constellations: Orion, Leo and Cassiopeia. Together they looked at the beauty around them. The Sun shone sweetly and the Moon glinted like silver. The International Space Station looked like a knight in steel armour when the light hit it just right. The planets and their colours were like paint against the star-studded dark sky. Sandy Mars, ruby Jupiter, sapphire Neptune…

"So much beauty and so few to love it," said Cassiopeia from her throne.

"Indeed," answered Orion with his grand bow and arrow.

"Just think of all the life down there," remarked Leo. "Imagine what it would be like to live like that. To breathe the sweet air, to roar at the sky, to laugh, to dance, to run in the fields…"

"You can roar at the sky up here, Leo," said Cassiopeia.

"Lions are the kings of the jungle. They're strong, they're fierce, they're brave." Orion paused to look at Leo. "You are not."

Cassiopeia shook her head. "How would you know? And how does one even begin to measure those things?"

Orion laughed cruelly, "Well, you can tell that I'm strong because I have muscles!" He lifted his arm and curled it so that they could all see his bulging biceps. "You know I'm fierce because of my bow and arrow." Now he pointed his weapon towards Leo and made it look like he was going to let the arrow fly. When Leo flinched, Orion laughed again. "Lastly, you see that I'm brave because I wouldn't cower like Leo just did!"

Leo got very angry at Orion and growled. "It's all right, Cassiopeia. I'll show him I'm a real lion."

With that, Leo walked towards the Earth, wondering what he could do to prove himself to Orion. What would make me look strong, fierce, and brave? His thoughts were interrupted when a flaming rocket went blasting by him, heading farther and farther away from the Sun and the Earth each second.

It wasn't unusual for Leo to see a rocket with fire coming out of it, but this one had flames all over the place. Something was definitely wrong. Leo didn't even stop to think, he just broke into a sprint and sped after it. He tried to pounce in front of it and grab it with his paw, but the flames were just too hot.

Realizing that touching the rocket wouldn't work, an idea struck!

Leo ran as fast and as far as he could and stopped in front of the rocket's path. He knew he had only one shot to make this work. And if it didn't work, he was going to be in big trouble, and so would the people on that rocket.

When it was close enough that Leo felt the heat of the flames on his face, he took one big breath and blew as hard as he could. Just like that, the flames went out. Through the window, Leo saw the astronauts on board smiling and clapping their hands. They were all okay!

However, the rocket was still flying by very fast. It was all Leo could do to keep up with it, and soon the people on board looked panicked again. Thinking back to the International Space Station they were looking at before, another idea lit up in Leo's head.

"Hang on!" Leo told the crew aboard the rocket. He sped up in front of it again and this time, he carefully picked it up with his claws and carried it with one paw as he ran to the Station.

When he got there and the astronauts were reunited with their friends, he stayed to make sure they were all okay. They all thanked him and waved goodbye.

"Leo?" Cassiopeia gingerly stroked his fur. "Are you all right? I saw everything… you could have gotten hurt!"

"I'm okay, Cassiopeia. Thank you." Turning back to the International Space Station, he added, "And I wouldn't have minded if I had gotten hurt, so long as they were all okay."

"Leo, Leo, Leo," the beautiful queen shook her head with a smile, "don't you understand? Being strong and fierce isn't important. Orion was wrong to say those things. What's more important is to be kind and to put others before yourself."

Leo seemed to consider this as he dried his eyes. "But what about being brave?"

"What you did today was so much better than brandishing a bow, Leo. You showed real courage."

Cassiopeia laughed again, "It means you stand tall even though you're scared."

"Then what was Orion talking about?"

Frowning, she answered, "He was talking about beingfeared, whether he knew it or not."

Looking around, Leo realized Orion was nowhere to be seen. "Where did Orion go?"

Cassiopeia pointed a little upwards to her throne.

"Orion? What are you doing there?"

"Waiting," he answered, rocking back and forth with chattering teeth.

"Um, actually…" Before Leo could finish, he looked towards Cassiopeia and grinned. "Actually, I must have missed it."

Leo didn't need to prove himself to anyone; all he needed to know was that he was indeed a lion. Instead of telling Orion all that he had done, he and Cassiopeia cheered Orion up and together they again sat in a row, admiring the beauty of life.