About the International Space Station

The International Space Station (ISS) is a research laboratory that orbits the Earth. Canada is one of the Station's partners, along with the United States, Russia, Europe and Japan.

Canada's contribution to the ISS consists of cutting-edge robots Canadarm2 and Dextre, and the Mobile Base System, a transport and storage platform.

Providing these robots has given Canada access to the orbiting laboratory to:

To date, over 20 Canadian studies have been conducted aboard the ISS, some of which are still underway. These experiments are designed to: 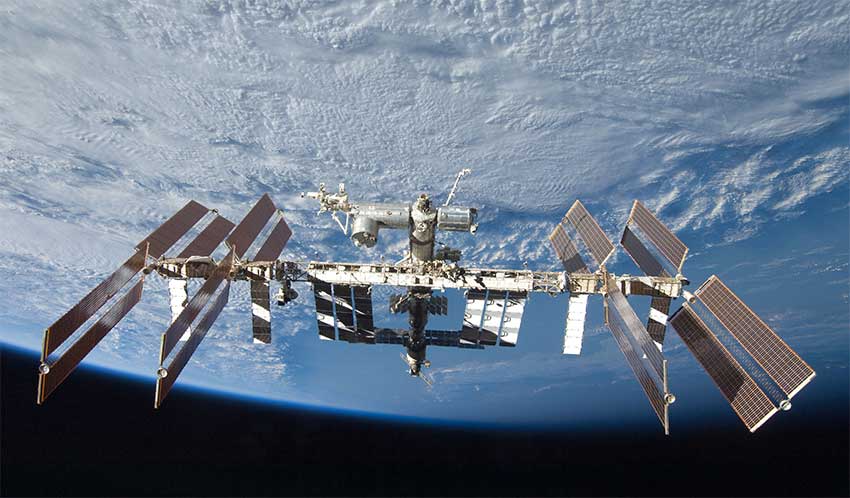 The ISS as seen from Space Shuttle Discovery. Canadarm2 can be seen "waving" from the top part of the Station. (Credit: NASA) 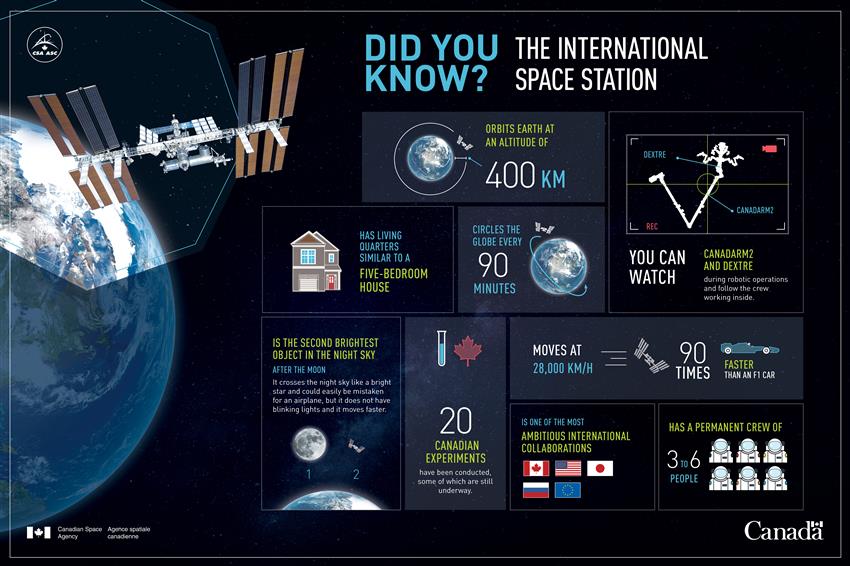 Text version of infographic Did You Know? The International Space Station

The ISS has many pressurized modules (PDF, 8 MB), or habitable sections filled with breathable air. Its living space is about the size of a five-bedroom home.

Text version of infographic How big is the ISS