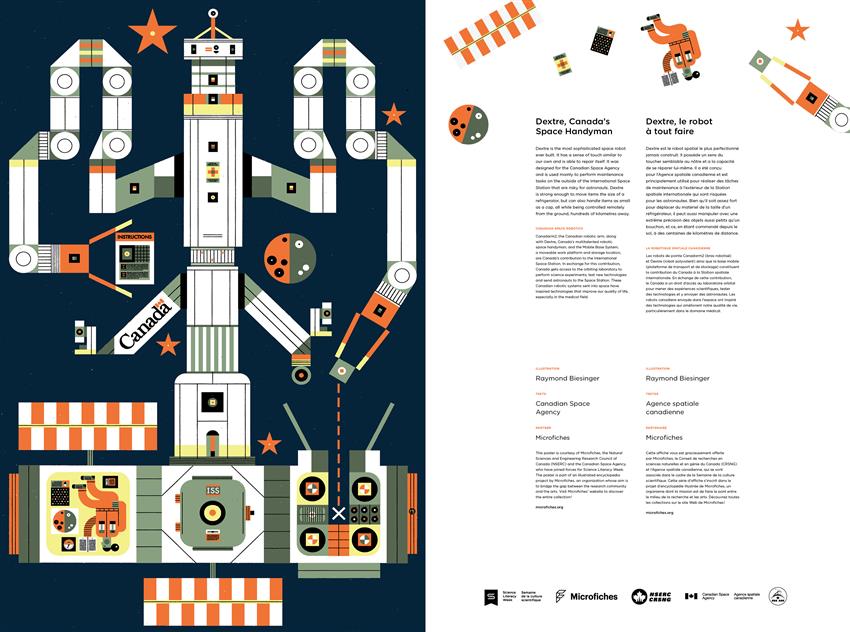 2018-09-17 - Dextre is the most sophisticated space robot ever built. It has a sense of touch similar to our own and is able to repair itself. Canadarm2, the Canadian robotic arm, along with Dextre, Canada's multitalented robotic space handyman, and the Mobile Base System, a moveable work platform and storage location, are Canada's contribution to the International Space Station.