MOPITT, a Canadian space instrument designed to measure pollution in the troposphere, that part of the atmosphere where most of our weather originates, was launched in December 1999, and was one of the first instruments to clearly show the large-scale transport of pollutants from one continent to another.

In measuring the planet-wide distribution of carbon monoxide and methane in the troposphere, MOPITT became the first major Canadian instrument used to measure pollution in Earth's atmosphere from space. MOPITT is Canadian Space Agency's biggest contribution to the NASA's Earth Observation System.

The data obtained through MOPITT, combined with those from other instruments, made it possible to monitor the planet-wide distribution of carbon monoxide over a long period, making it possible, through time simulation, to paint a picture of the concentrations around the planet over an 18-month period.

Through its high-resolution 3D maps of global concentrations of carbon monoxide, MOPITT enables us to distinguish between natural pollution sources and those related to human activity. In the long term, it will help us assess whether it is necessary to tighten pollution control measures. The 3D maps produced by MOPITT have also contributed to worldwide monitoring of the movement of pollution originating from burning croplands in Brazil and Africa or in the industrial centres of North America, Europe and, increasingly, China.

Canada also contributed to the development of ORACLE, a space-based remote-sensing instrument that provides information essential for understanding greenhouse gases, global warming, ozone layer depletion and air pollutants. ORACLE measures and monitors constituents of the Earth's troposphere and stratosphere, the stable layer that is nearly free of turbulence and weather.

Launched in 2003, the all Canadian SCISAT satellite is helping us gain further insight into the atmospheric chemistry and dynamics that affect the ozone layer. SCISAT data is helping scientists improve their understanding of ozone layer depletion, especially important for Canadians living in the Arctic. This new research is allowing Canada to make informed assessments and decisions on international environmental policies. 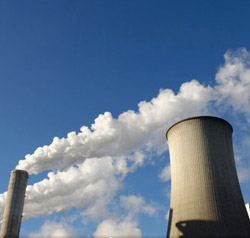 Canada's contribution to the European Galileo satellite navigation system is helping airlines to better plan their flights and air controllers as they direct the flow of air traffic, resulting in major fuel savings. In addition to reducing pollution, Canada will have supported efforts aimed at increasing air traffic capacity and effectiveness, as well as improving the safety of passengers travelling on the various airlines. 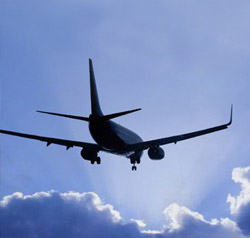