Alouette I and II

Launched on September 29, 1962, the Alouette-I scientific satellite marked Canada's entry into the space age and was seen by many as initiating the most progressive space program of that era.

With the Alouette launch, Canada became the first nation, after the Russian and American superpowers, to design and build its own artificial Earth satellite.

The development of Alouette-I came as a result of an American invitation, through the newly formed National Aeronautics and Space Administration (NASA) in 1958, for international collaboration in its budding satellite program. Within months, John Chapman and Eldin Warren, scientists at Canada's Defence and Research Telecommunications Establishment (DRTE), submitted to NASA a proposal to design and build a Canadian satellite that could monitor the ionosphere from above. The proposal was accepted and a team of DRTE scientists was formed under Chapman's leadership to begin the process of designing and building two identical Alouette models.

With no experience in building satellites, the progress of the DRTE team was slow and riddled with engineering problems. However, new technologies, such as transistors and solar cells became available during this period and helped make it possible to build a small, reliable spacecraft.

Contractors such as RCA and Spar Aerospace Limited produced their first space hardware products during Alouette's construction. Spar, for instance, developed a new "roll-up" antenna for the Canadian satellite, a product that was later used in many variations for American satellites.

After three and a half years of design and construction, the 145-kg satellite was flown to California and launched from the Pacific Missile Range at 2:06 a.m. (EST) on Saturday, September 29, 1962. Sprung from a two-stage Thor-Agena rocket, Alouette-I was quickly put into a near perfect 1000 km orbit and soon began its top-down study of the ionosphere.

Alouette-I was a tremendous success by any measure. The conservative research approach adopted by the DRTE team paid off manyfold as the satellite eventually stretched its one-year design life into an unprecedented 10-year mission, producing over one million images of the ionosphere in the process.

Following the success of Alouette-I, Canada and United States signed an agreement to launch further satellites under a new program called International Satellites for Ionospheric Studies (ISIS). Under the program, the Alouette back-up model was refurbished and flown in 1965 as "Alouette-II" and two new satellites, named ISIS I and ISIS II, were successfully launched in 1969 and 1970 respectively. 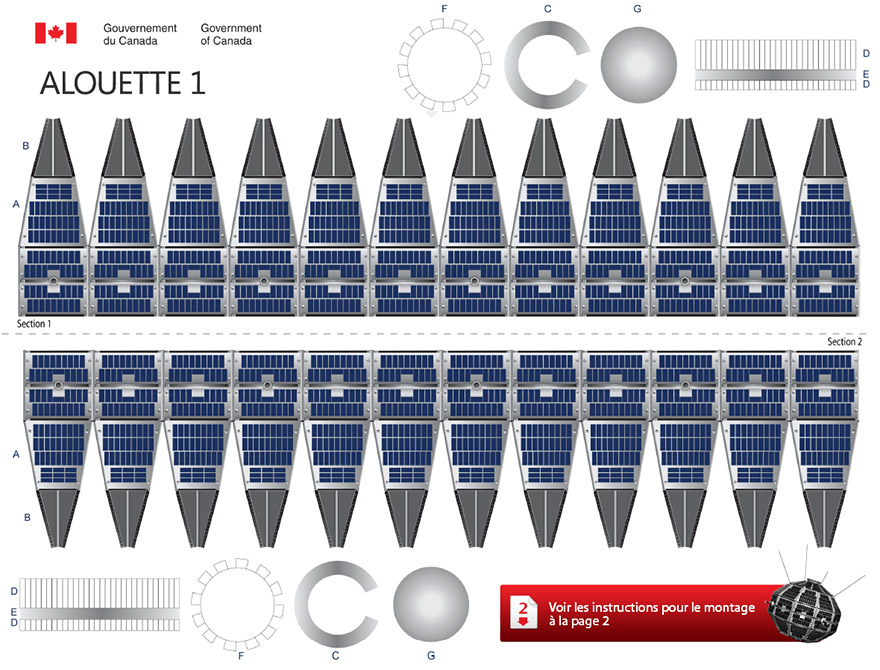