Aquarius is an undersea habitat and laboratory designed to support research in coastal and ocean resource science and management. Deployed 19 metres underwater, 5.6 kilometres off Key Largo in Florida, Aquarius can accommodate a six-person crew.

This extreme, hostile environment is analogous to conditions for human space flight and has been used by NASA since 2001 to: 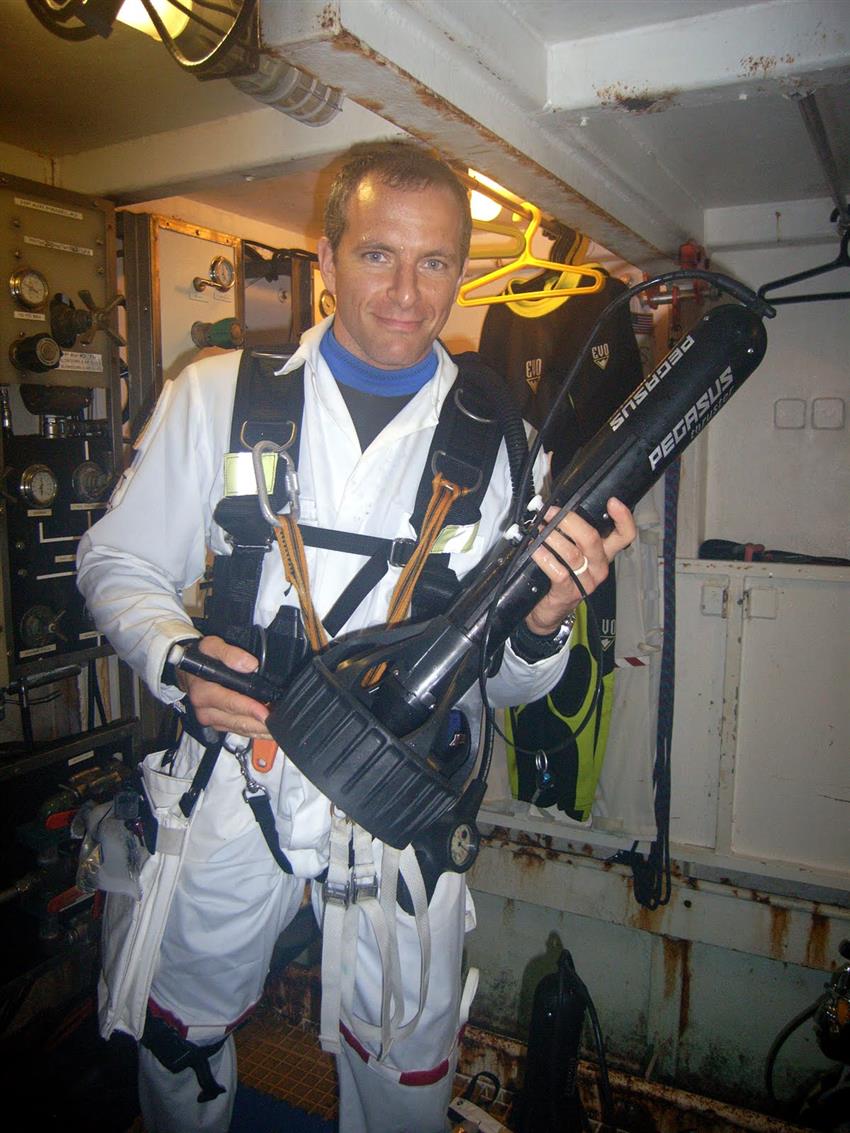 Aquarius is composed of a large steel cylinder 3 metres in diameter and 14 metres long.

It has three structural components:

The facility is located in the Florida Keys National Marine Sanctuary and is on the ocean floor next to deep coral reefs.

Despite its underwater location, the laboratory is modern and equipped with: 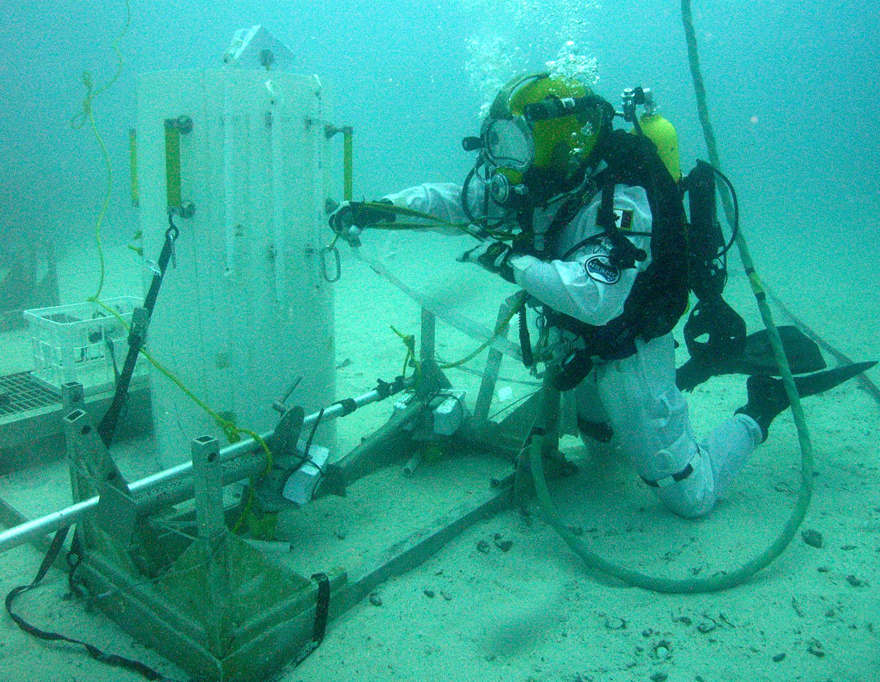 David Saint-Jacques using a drill in preparation for moving a cable to a new location. (Credit: NASA) 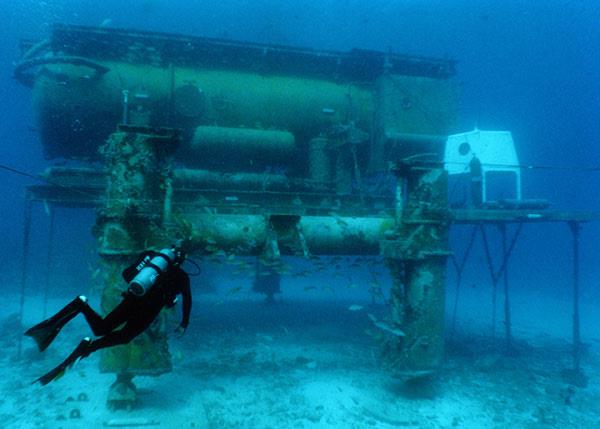 Living 19 metres below the surface

Aquarius is an ambient pressure habitat, which means that its interior atmospheric pressure is equal to the surrounding water pressure.

The mission crew can stay there indefinitely. They have nearly unlimited time for their scuba dives as long as they stay at the same depth.

In October 2001, NASA sent the first wave of aquanauts to Aquarius to simulate a space mission, including Canadian astronaut Dave Williams.

At the end of decompression, aquanauts leave Aquarius and scuba dive back to the surface.