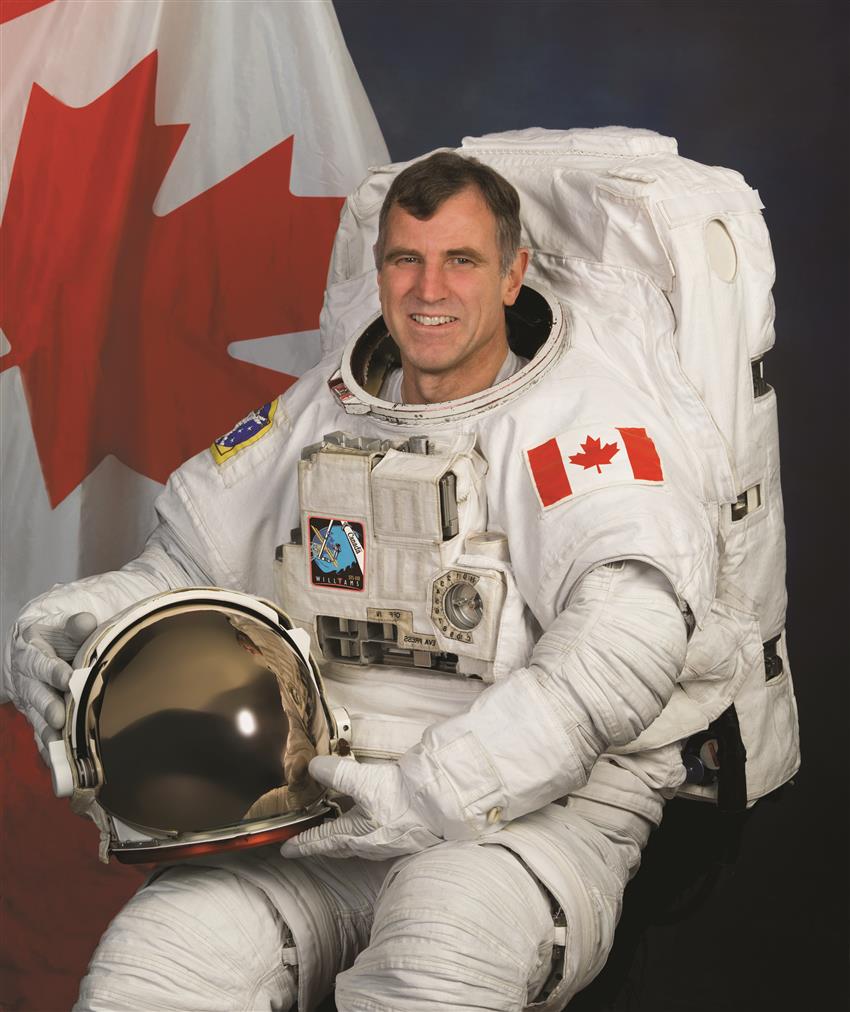 Completed a residency in family practice in the Faculty of Medicine, University of Ottawa, (1985).

Experience: Dave Williams pursued postgraduate studies in advanced invertebrate physiology at the Friday Harbour Laboratories at the University of Washington, Seattle, but his interests shifted to vertebrate neurophysiology when, for his master's thesis, he became involved in basic science research on how adrenal steroid hormones modify the regulation of sleep-wake cycles. While working in the Neurophysiological Laboratories at the Allan Memorial Institute for Psychiatry, Williams assisted in clinical studies of slow wave potentials within the central nervous system.

His clinical research in emergency medicine has included studies evaluating the initial training and skill retention of cardiopulmonary resuscitation (CPR) skills, patient survival from out-of-hospital cardiac arrest, the early identification of trauma patients at high risk, and the efficacy of tetanus immunization in the elderly.

In 1988, Williams became an emergency physician with the Department of Emergency Services at Sunnybrook Health Science Centre, while also lecturing with the Department of Surgery at the University of Toronto. He served as a member of the Air Ambulance Utilization Committee with the Ministry of Health in Ontario, both as an academic emergency physician and later as a representative of community emergency physicians. In addition, he has trained basic ambulance attendants, paramedics, nurses, residents, and practicing physicians in cardiac and trauma resuscitation with both the Canadian Heart and Stroke Foundation and the American College of Surgeons.

From 1989 to 1990 Williams served as an emergency physician with the Emergency Associates of Kitchener, Waterloo and as the medical director of the Westmount Urgent Care Clinic. In 1990, he returned to Sunnybrook as medical director of the Advanced Cardiac Life Support Program and also as the coordinator of postgraduate training in emergency medicine. Subsequently, Williams became the director of the Department of Emergency Services at Sunnybrook Health Science Centre and assistant professor of Surgery at the University of Toronto. He is currently an adjunct professor of Surgery at the University of Toronto and McGill University.

In June 1992 the Canadian Space Agency selected Williams as one of four successful candidates from a field of 5330 applicants to begin astronaut training. He completed basic training, and in May 1993, was appointed manager of the Missions and Space Medicine Group within the Canadian Astronaut Program. His assignments included supervising the implementation of operational space medicine activities for the Canadian Astronaut Program Space Unit Life Simulation (CAPSULS) Project. During this seven-day simulated space mission, which was conducted at the Defence R&D Canada, Toronto (Formerly DCIEM), Williams was the principal investigator of a study to evaluate the initial training and retention of resuscitation skills by non-medical astronauts. He was also one of the crew members and the crew medical officer.

In January 1995 Williams was selected to join the international class of NASA mission specialist astronaut candidates. He reported to the Johnson Space Center (JSC) in March 1995 for a year of training and evaluation. Following his successful completion of this training in May 1996, he was assigned to the Payloads and Habitability Branch of the NASA Astronaut Office. As a representative of the Office, he participated in the JSC Institutional Review Board and Science Merit Review Committee, the Independent Advisory Team for the International Space Station (ISS) Crew Health Care System (CHeCs), the JSC Radiation Constraints Panel and was involved in the development of the Human Research Facility.

In April 1998 Dave Williams participated in STS-90 as Mission Specialist 3 aboard Space Shuttle Columbia. During the 16-day flight, called Neurolab, the seven-person crew served as both experiment subjects and operators for 26 individual life science experiments. These experiments, dedicated to the advancement of neuroscience research, focused on the effects of microgravity on the brain and the nervous system. Williams also functioned as the crew medical officer, the flight engineer during the ascent phase, and was trained to perform contingency spacewalks. Columbia orbited the Earth 256 times, covered over 10 million kilometres and spent over 381 hours in space.

From July 1998 until September 2002, Dave Williams held the position of Director of the Space and Life Sciences Directorate at the Johnson Space Center in Houston, Texas. With this appointment, he became the first non-American to hold a senior management position within NASA. He concurrently held a six-month position as the first deputy associated administrator for crew health and safety in the Office of Space Flight at NASA Headquarters in 2001.

In addition to these assignments, Dave Williams continued to take part in astronaut training to maintain and further develop his skills. In October 2001, he became an aquanaut through his participation in the joint NASA-NOAA (National Oceanic and Atmospheric Administration) NEEMO 1 mission, a training exercise held in Aquarius, the world's only underwater research laboratory. During this seven-day exercise, Williams became the first Canadian to have lived and worked in space and in the ocean.

In 2006, Dave Williams took the lead of NEEMO 9 as the crew commander of this mission dedicated to assess new ways to deliver medical care to a remote location, as would be done in a long space flight.

Williams was a mission specialist on STS-118 (August 8 to 21, 2007), the 119th Space Shuttle flight, the 22nd flight to the ISS, and the 20th flight for Endeavour. During the mission, the crew successfully added a truss segment, a new gyroscope and an external stowage platform to the Station. The mission successfully activated a new system that enables docked Shuttles to draw electrical power from the Station to extend visits to the outpost. Williams took part in three of the four spacewalks, the highest number of spacewalks performed in a single mission. He spent 17 hours and 47 minutes outside, a Canadian record. Endeavour carried 2,280 kilograms of equipment and supplies to the station and returned to Earth with 1,800 kilograms of hardware and used equipment. Travelling 8.5 million kilometres in space, the STS-118 mission was completed in 12 days, 17 hours, 55 minutes, and 34 seconds.

Dave Williams retired from active astronaut status as of March 1, 2008.