What is the universe made of? Has there ever been life on Mars? What effects do humans have on the Earth's environment? If you've ever asked yourself those types of questions, you have one of the defining traits of a scientist: curiosity!

What does a scientist in the space sector do?

Scientists in the space sector ask questions, conduct research, and use science to better understand how and why things happen in our universe. Their goal is to advance knowledge so that it can be applied to technology development in many fields.

Overall, a scientist's work in the space sector can consist in:

The three categories of space science

In the space sector, scientific activities belong to three main categories: space, planets and life. To find the right career path for you, take a look at the questions below. Do some of them pique your interest more than others?

What are black holes? What is dark matter? How do gravitational waves behave?

Are there other planets like Earth? What are the effects of pollution on the Earth? What makes up the atmosphere of a certain planet?

Is there life on other planets? Could life's building blocks have come from asteroids? How does space affect the human body? Could we grow plants on Mars?

These categories often overlap with one another. For example, as astrobiologists research the possibility of life in the universe, their work falls into all three categories.

In the space sector, scientists collect data from many sources to perform their research and answer the big questions. Data can come from satellites, telescope images, experiments on the International Space Station, fieldwork in different regions on Earth, or even celestial bodies that have fallen to Earth.

Some scientists in the space sector use satellite data to study the cause and rate of climate change on Earth and its effects on wildlife. Others use rovers to analyze rocks on the surface of Mars to determine if there could have ever been life on the red planet. Scientists can even do fieldwork in the Arctic to simulate and try to understand environments on other planets.

What should I study to become a space scientist?

To shed light upon the mysteries of the universe, scientists specialize in four fundamental fields:

As you are studying these subjects, you will find that science opens your eyes to new horizons. But before deciding on a specific career path, be sure to work hard in these four fields if you wish to become a scientist.

As with all space careers, there are many paths you can take to become a space scientist depending on the questions you wish to help answer. Here are some of the programs of study you could choose:

You could also study health and life sciences to learn about the effects of space on human health. Go to our Health Sciences Careers page for more information.

You can find work as a scientist with one of the following degrees. However, a Ph.D. and a postdoctoral fellowship could give you access to researcher positions.

What are some of the fields of work of space scientists?

Space scientists can specialize in many different fields that relate to the study of space, planets and life in the universe, including astrophysics, biology, chemistry, geology, meteorology and physics. They can work in the government, the private sector or academia.

Here are some of the fields of work of space scientists. Note that many of these fields can intersect with one another and specialists in different fields often work together.

Astronomers study the planets, stars, and galaxies. They conduct astronomical research by planning experiments and observations with telescopes located both on Earth and in space. They design and build instruments, collect data, and use high-performance computers to enhance and analyze that data. They also develop physical models to explain their observations.

Thanks to advances in technology, astronomers can now observe objects emitting high-energy radiation (X-rays and gamma rays) in regions of the universe where stars are being formed and violent events are taking place, or low-energy radiation (microwaves and radio waves) from cold clouds of gas and dust, asteroids and comets. Current astronomy research includes observing stars (from birth to death), supernovae, pulsars and gamma-ray bursts; studying black holes and dark matter; and detecting gravitational waves.

Atmospheric scientists study the atmosphere of planets, including that of Earth. The dynamics and composition of planetary atmosphere are studied in order to understand their current state, how they function, how they have evolved, and how they may change in the future.

Two important areas atmospheric scientists study are the Earth's ozone layer, which protects us from the sun's radiation, and climate change, characterized by a gradual rise in the average global temperature.

Chemistry – Studying the composition of planets and celestial bodies

Chemistry is the study of matter, its composition, the transformations it undergoes, and the interaction between atoms and molecules.

In the space field, chemists analyze data gathered by different means such as space probes, which orbit other planets or asteroids. They also use space telescopes to identify the composition of celestial bodies.

This is done in the hopes of discovering the presence of such elements as water and minerals that could be a sign of life on other celestial bodies and lead to future space expeditions.

Geologists study rocky planets, how they were formed, what they are made of, and how they are changing. In space science, geologists analyze data from instruments on satellites, rovers, and landers. For example, images from orbiting cameras can be used to examine the characteristics of planetary surfaces. Rover-based spectrometers produce data on the composition of rocks. Heat probes on landers can help determine the structure of planetary interiors.

Meteorology – Studying the weather of planets

Meteorologists study the weather in order to make short-term forecasts. They gather information on clouds, radiation, winds, hurricanes, dust, and precipitation from special instruments on board orbiting satellites and from ground-based and airborne observations. Climatology is the study of weather changes over many years.

Oceanographers study various aspects of Earth's oceans and seas, including the characteristics of sea water and plants and animal life in the ocean. They collect and analyze data from Earth observation satellites and other sources in order to conduct research in areas such as sea currents and tides.

Physics – Studying the general properties of matter, space and time

Physics is the study of the general properties of matter, space and time. Physicists seek to establish laws on natural phenomena or formulate theories that explain them.

Physicists are essential to the space program. They observe space using telescopes and instruments that are located on Earth or in space. Based on their observations, they elaborate or fine-tune theories, design experiments to be conducted, and develop advanced instruments in an effort to better understand our universe.

Particle physics, fluid mechanics, plasma physics and optics are some of the sub-disciplines that play an important role in the space program. Other areas of study include Earth's magnetosphere, the structure and dynamics of the sun, the interplanetary environment, and the physics of materials under weightless conditions.

Scientists at the Canadian Space Agency 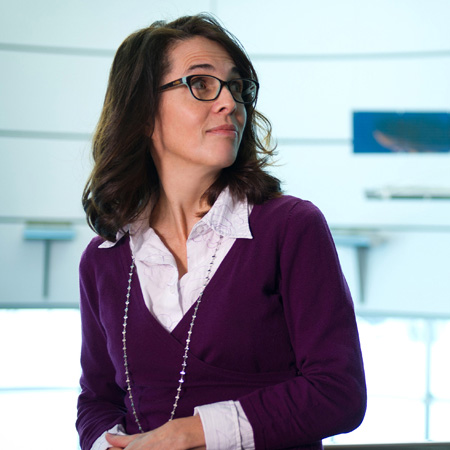 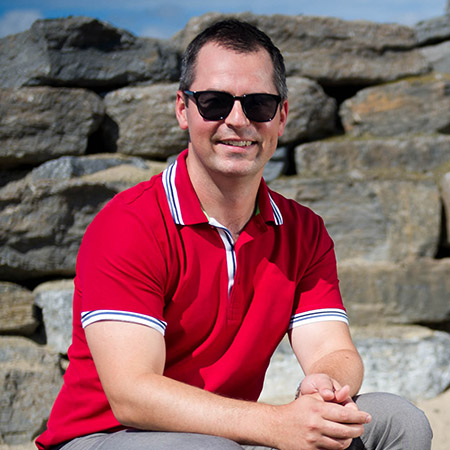