Where are the cameras on Canadarm2, Dextre and the mobile base? - Illustration 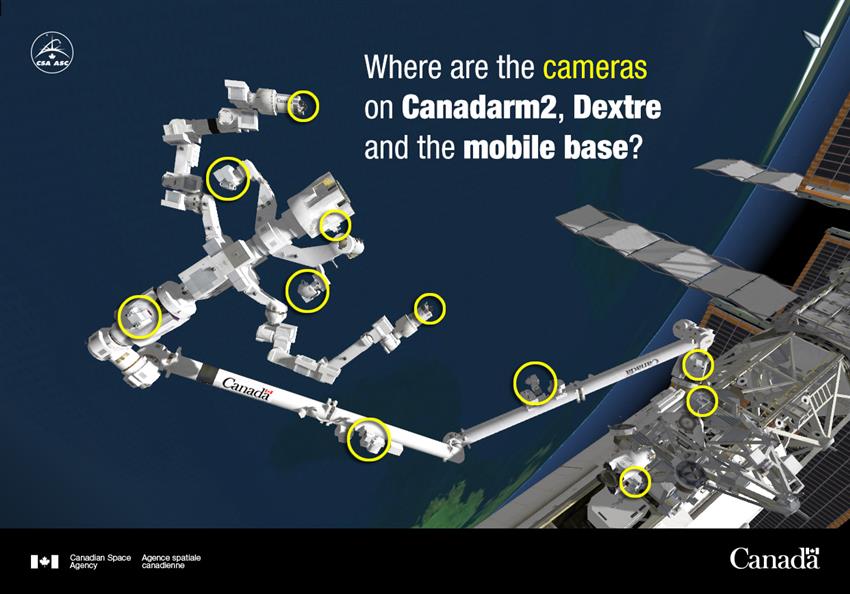 2015-06-19 - There are four cameras on Canadarm2, five on board Dextre (including one inside each of the robot's hands), and two on the mobile base. Flight controllers and astronauts rely on cameras to operate Canadarm2 and Dextre, including capturing and docking resupply spacecraft, moving astronauts during spacewalks, relocating and repairing hardware, and inspecting the International Space Station (ISS).

Some of the cameras have been in space since 2001, and have gone beyond their planned 10-year lifespan. MDA, the prime contractor for the Canadian robotics on board the ISS, will design new cameras for the CSA to replace the existing cameras as needed in the coming years. (Credit: Canadian Space Agency)