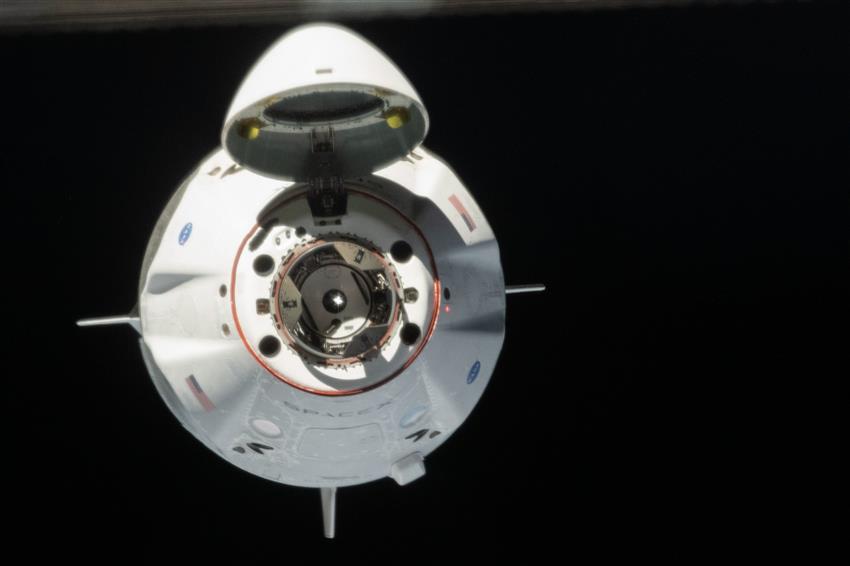 On May 30, SpaceX launched its first crewed mission, known as Crew Dragon Demo-2, to the International Space Station. NASA astronauts Robert Behnken and Douglas Hurley were the first astronauts to launch from American soil since 2011. The nose cone in the photo reveals the spacecraft’s docking mechanism, which allows the ship to connect to the Harmony module’s forward International Docking Adapter.