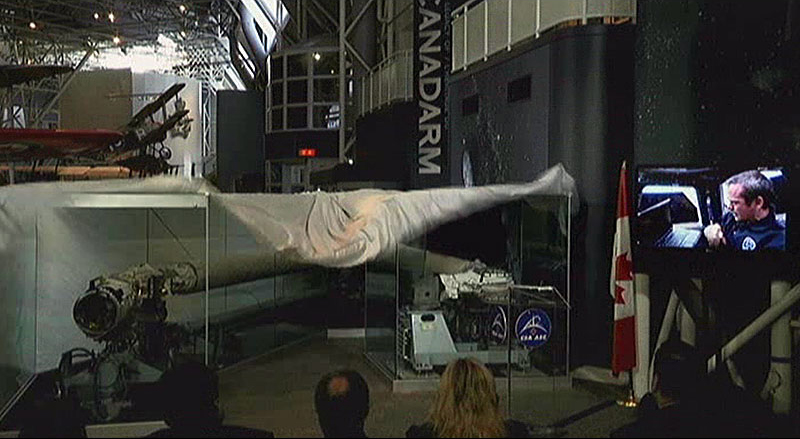 The Government of Canada is proud to welcome one of our greatest technological contributions to international space exploration: the original Canadarm flown on the Space Shuttle Endeavour. Visit the Canadarm at the Canada Aviation and Space Museum in Ottawa.

20 Stunning Images of the Canadarm

Canadarm, Canada's most famous robotic and technological achievement, made its space debut on the Space Shuttle Columbia (STS-2) on November 13, 1981. The design and building of the arm, also known as the Shuttle Remote Manipulator System, marked the beginning of Canada's close collaboration with the National Aeronautics and Space Administration (NASA) in human space flight–a sterling example of successful international cooperation in space.

The Shuttle's Canadarm wrapped up 30 years of successful operations when it was retired along with the Space Shuttle program after mission STS-135, which marked the robotic arm's 90th flight. The arm's legacy lives on, though, since it established Canada's international reputation for robotics innovation and know-how and generated the family of Canadian robotics on board the International Space Station (ISS), as well as future generations to come. Its excellent performance record has inspired several generations of scientists and engineers as they develop new technologies for industry, medicine, and other applications.