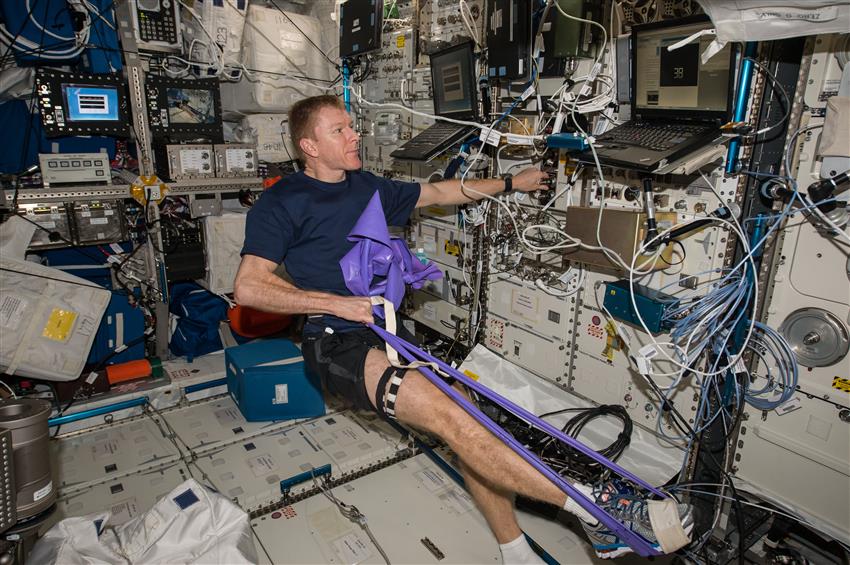 2016-05-30 - In May 2016, European Space Agency (ESA) astronaut Tim Peake had an ultrasound of his leg onboard the ISS to help collect data for the Vascular Echo study. With a probe strapped over a large artery in his thigh, Tim did 30 foot extensions in 60 seconds to exercise his calf muscle. The data will allow the researchers to measure the increase in blood flow and velocity in that artery.

The nine astronauts who are Vascular Echo's test subjects will undergo the following tests before, during and after space flight: