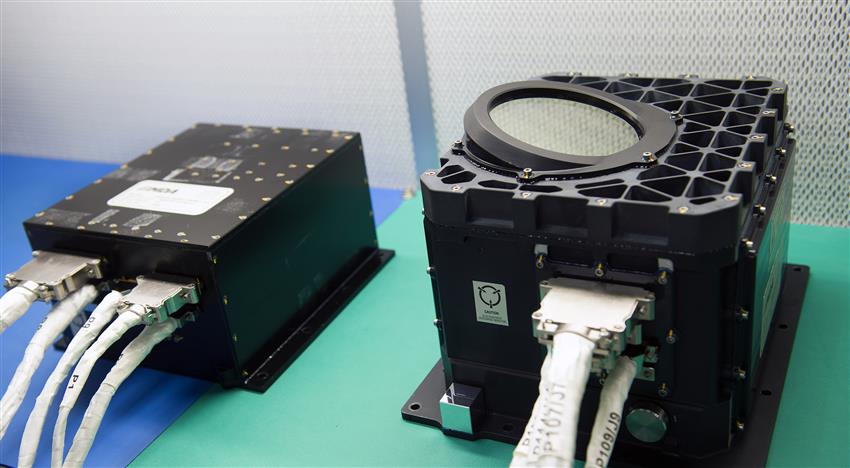 2015-11-16 - The flight unit of OLA, the Canadian Space Agency's contribution to NASA's OSIRIS-REx mission. OLA consists of two parts: an electronics box (left), which stores collected data, and the sensor head (right) which houses two lasers that fire short laser pulses and a receiver to capture the beam that will bounce back from the surface of the asteroid Bennu. (Credit: NASA/Goddard Space Flight Center/Debora McCallum)