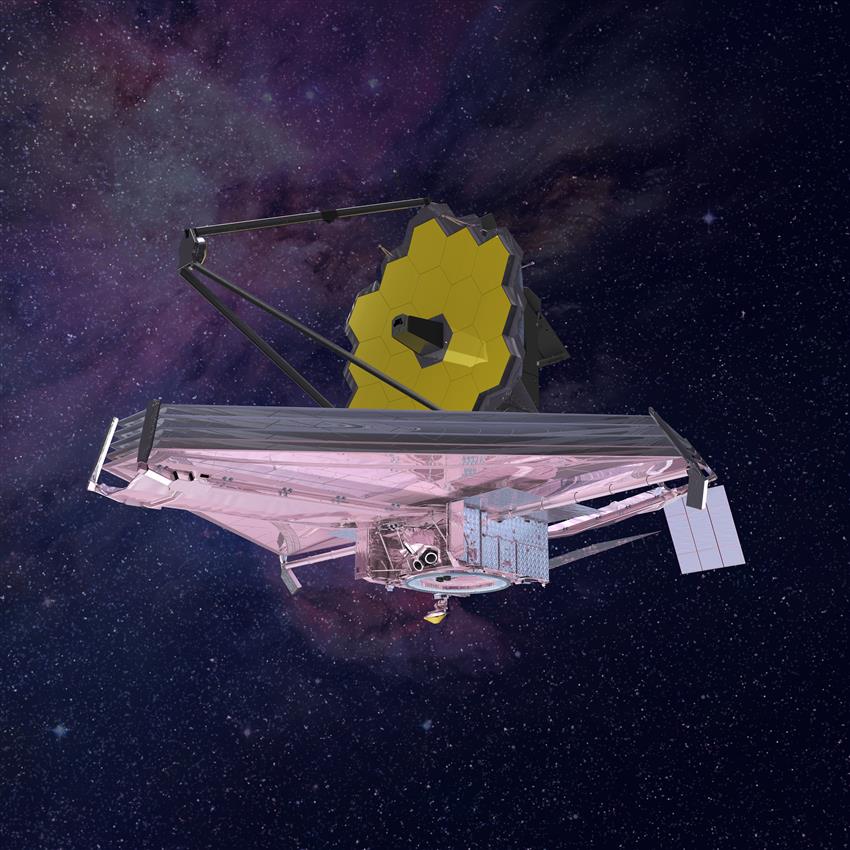 The James Webb Space Telescope (JWST) is a large and significant space observatory that will be launched in 2019. It is a successor to the highly successful 2.5-m Hubble Space Telescope, but where Hubble makes observations mainly in the visible and ultraviolet wavebands, the JWST mission concept is for a large filled-aperture telescope (a primary mirror diameter of approximately 6.5 m) located far from Earth at the L2 Lagrange point that is 1.5 million kilometres from the Earth. (Credit: NASA)