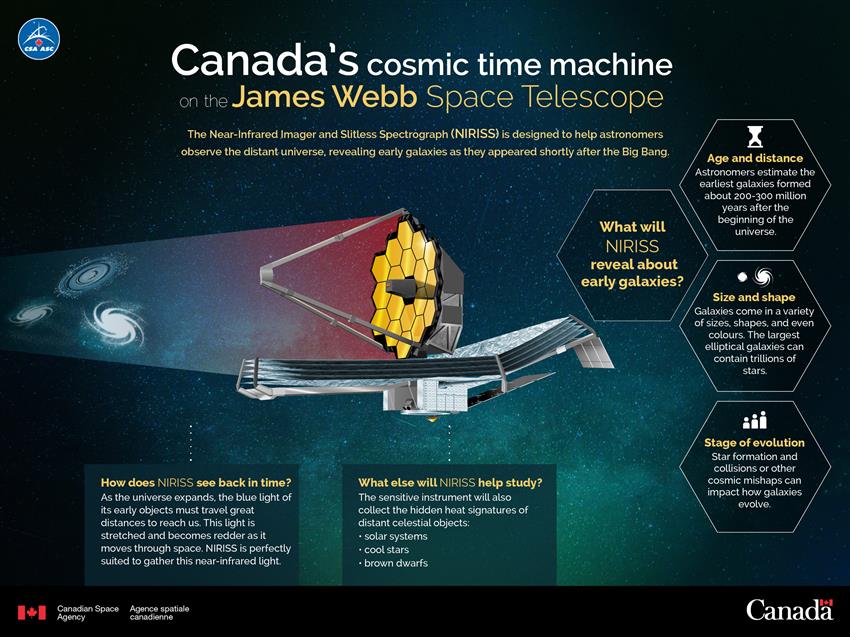 2021-10-25 - The James Webb Space Telescope, often referred to as Hubble's successor, promises to push the limits of astronomy even more and study some of the very first galaxies ever created, only 200 million years after the event that began the entire universe. The CSA is contributing the Near-Infrared Imager and Slitless Spectrograph (NIRISS), a scientific instrument that will help study many astronomical objects, from exoplanets to distant galaxies.  (Credit: Canadian Space Agency)