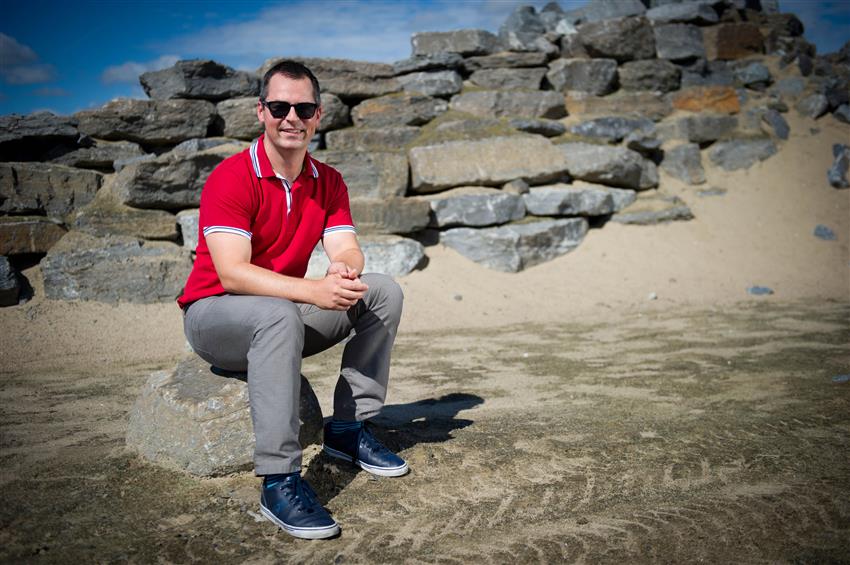 My job is basically science fiction. I'm helping find ways to shoot lasers at asteroids; I can't believe I'm paid to do that! I'm also on an international committee that's developing the plan for how we would deal with Mars samples if and when such samples are returned to Earth. So we're making recommendations on behalf of Planet Earth!

I've been a space nut since I was a kid. I grew up on a farm in rural Saskatchewan. My closest neighbour was three miles away, and it was my grandmother! I used to sit on my deck at night and stare at the sky, this beautiful blanket of stars. I still feel like a little kid. There's still the wonder and there's still the hope and there's still the excitement about what we're doing and where we're going.

Tim Haltigin is a geomorphologist, in other words a scientist studying why landscapes look the way they do. Since the OSIRIS-REx spacecraft launched towards asteroid Bennu in September 2016, he has managed the Canadian laser instrument that will map the asteroid to help identify the best place for the spacecraft to collect a sample for return to Earth. Tim is the classic case of "follow your passion". He first studied biochemistry, researching malaria at the Toronto General Hospital. He switched to geography and did his Master's on Trout River habitat rehabilitation, hydraulics and fluid dynamics. After participating for fun with friends in a European Space Agency contest on how to find water on Mars, he was recruited by the professor supervising their contest team to do a Ph.D. on permafrost, comparing landscapes in the Canadian high Arctic with similar ones on Mars.