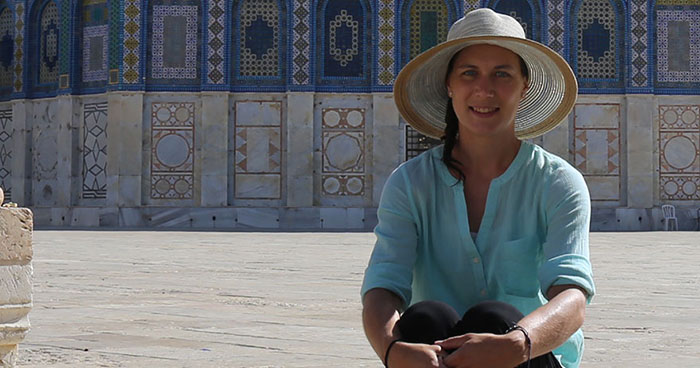 Where do you currently live?
Belleville, Ontario, Canada

Officer responsible for research and development of future capabilities, Canadian Armed Forces - My tasks are to identify equipment and procedure deficiencies so that my unit can fulfill its mandate of providing the Government of Canada with a flexible, rapid and specialized response capability in the event of chemical, biological, radiological or nuclear incidents.

I've always been drawn to the sky, and the idea of going as high as possible has always fascinated me. I studied science and technology to fulfill my first passion and then pursued a career as an air navigator in the Canadian Armed Forces. Even though my job is extremely rewarding, both intellectually and physically, I feel the need to push my personal limits even further. I would like to use the two types of knowledge and skills I acquired during my professional career for the benefit of humanity, and becoming an astronaut for the Canadian Space Agency is an ideal opportunity to do just that.

To be honest, I went into my field of studies somewhat by chance. I was interested in a number of fields. In the end, I chose chemical engineering because I was fascinated by the fact that absolutely everything in the known universe boils down to interactions between just 118 chemical elements. At least, that's what we think—who knows what exploration of the universe will allow us to discover!

I've been lucky enough to have many inspiring teachers and instructors, from elementary school to university, as well as in various professional training I've taken. They all had one thing in common: passion! Regardless of who it was—Mr. Malbœuf in math, Mr. Thibeault and Ms. Dumouchel in music, Dr. Tremblay in literature, Dr. Lord and Dr. Laplante in chemistry, or Sgt Savard in military training—they passed on their love of learning and helped me understand that knowledge in any field will come in handy at some point or another.

My current job consists in applying technological innovations to an operational context. I'm fortunate to work every day with highly qualified scientists on developing technologies of the future and establishing their operational concepts with the primary users, who are leaders in the fight against chemical, biological, radiological and nuclear incidents. I have my head in the laboratories and my feet in the field—it's the best of both worlds!

All the people who work behind the scenes but make a real difference in the lives of those less fortunate. For example, I admire Canadians who work with the homeless or volunteer at non-profit organizations that bring ongoing humanitarian aid to conflict-ridden countries that are often overlooked in the West.

A few years ago, I was interviewed twice in the same week for two completely different jobs. One was very conventional, while the other would really challenge me. At the end of the interview for the conventional job, the potential employer told me that he'd have no qualms about hiring me but that he wouldn't give me the job because he saw the way my eyes lit up when I talked about the second interview. In a very subtle and insightful way, he was telling me to go for it. This wise advice gave me confidence in myself, and I got the job that I truly wanted.

My family and friends, who are always there for me.

There are so many little paradises on Earth! I've been lucky enough to travel a lot, and every country has its own unexpected treasures for those who open their eyes to see them. If I had to pick a favourite place, it would be Ambue Ari Park, deep in the Bolivian jungle; or Sakya, a small village in the heart of the Tibetan Himalayas.

The achievement I'm most proud of is being a pioneer, as a woman, in the Canadian Special Operations Forces Command. Women are still underrepresented in the Canadian Armed Forces, and even more so among the aircrew. When I decided to pursue a career in the Special Operations Forces, I had to work hard to carve out a place for myself. Today, my female colleagues and I are small in number, but we are an integral part of the team.

One Hundred Years of Solitude by Gabriel García Márquez.