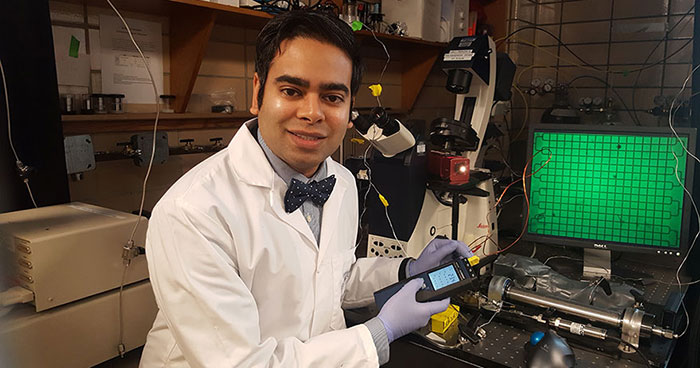 Where were you born?
Saint Joseph, Trinidad and Tobago

Where do you currently live?
North York, Ontario, Canada

Post-Doctoral Fellow, Sinton Lab, University of Toronto - I am leading a research group that investigates how liquids and gases behave in tiny tubes called nanochannels. Such channels are a thousand times thinner than a strand of hair and can be found in packed sand deep underground. The sand contains fuels that are used to power cars, planes, and even rockets! I study how to separate the fuel from the sand without damaging the environment.

From the age of six, I wanted to be taller than my older sister. While watching the news one day, I learnt that astronauts grow up to two inches in space! Finally, I had discovered a way to be taller than my sister, and that was when I first wanted to become an astronaut. Later on with friends, I developed a love for adventure, discovery, and problem solving. Being an astronaut appealed to me since it combines all of these elements in a multidisciplinary approach, while adding the thrill of working in weightlessness with an incredible view of the Earth.