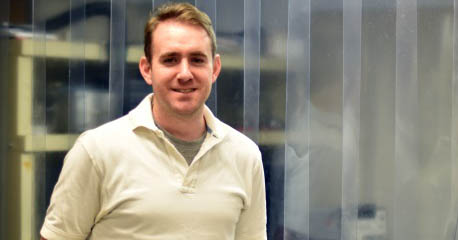 Where were you born?
Chatham, Ontario, Canada

Where do you currently live?
Urbana, Illinois, USA

Staff scientist and university lecturer - I have two jobs. As a staff scientist, I work on fundamental satellite research for ongoing and upcoming missions. I am currently working on an optical navigation system for satellite rendezvous with asteroids. As a university lecturer, I teach students about the mechanics of space flight, simulating the motion of satellites, and the design of small spacecraft.

The biggest reason I want to become an astronaut is to be able to share the incredible space science being done with a large audience. As an astronaut, not only would I be on the leading edge of space research, working with the best minds in the world who are tackling science's most challenging problems, but I would also be able to serve as a voice for that research.

My love of satellites and spacecraft is rooted in the love of taking things apart to see how they work. I spent most of my youth disassembling and reassembling my toys; truth be told, I never stopped. Spacecraft are the pinnacle of complex machines. Being able to study them, take them apart, build them back up, and study to design my own was my main focus when it came to choosing a field to study.

I was fortunate to have many exceptional teachers throughout my education. My high school math teacher does stand out – an eccentric, brilliant man with a love of all things math. The level of excitement he brought to the classroom was infectious. What set him apart was that nearly every lesson he taught involved some kind of story – he managed to turn math into story time and wove the lesson around his tale. Not only was it effective, but it also gave the lessons meaning. Whenever I teach, I always try to give my lessons that same kind of meaning because of him.

The part of my job I like the best is that I am constantly learning. Every problem I tackle is something completely new that has never been solved before. To solve these problems, I need to be constantly researching new and old techniques and discoveries to collect the necessary tools.

Chris Hadfield – I always grew up with a deep admiration for astronauts, but Col. Chris Hadfield managed to bring space exploration to such a wide audience using such diverse media. His abilities to communicate and engage are tremendously impressive, and his dedication to Canada and to space exploration is inspirational. If I aspire to do anything, it is to live up to and extend the legacy he and other Canadian astronauts have fostered.

The Empire Strikes Back.

If you pour every penny into your head, no one can ever take it away from you. The best advice I have ever received is that investing in education will always pay itself back. Regardless of how much you make financially, the value of that education and self-improvement will keep paying itself back again and again.

When my grandmother passed away, she left me a small Space Shuttle pendant. It is a small trinket, but she treasured it because it was given to her by Roberta Bondar. It had sat on her dresser beside my grandfather's Legion pin, and it has been either on my dresser or around my neck ever since.

In the middle of a lake. I love rowing, and any body of water big enough to row on is where I love to be.

Building a rowing team. I served as the volunteer Head Coach of the University of Illinois Rowing Club for eight years. When I started, the equipment was always on the verge of falling apart, the number of athletes was small, and we struggled to be competitive. When I was done, the club had brand new boats, the team had quadrupled in size, and we had won two national gold medals. The greatest satisfaction was sharing my joy of rowing with the hundreds of athletes I coached and knowing that the team continued to thrive even after I stepped aside.

The World Without Us by Alan Weisman.